Before joining Vita’s improved cookstove project, Alemitu was using the traditional three stone stoves cooking for meal preparation and heat. She usually collected this firewood from a local forest, thus contributing to deforestation. This daily task would see Alemitu spending more than half a day, undertaking a four hour journey, to collect her firewood.

In Ethiopia, as in most developing countries, wood is a key source of energy for rural residents. Despite the extremely rapid economic growth that Ethiopia has experienced over the last ten years, a large number of rural households still heavily depend on traditional biomass energy for both heating and cooking, especially in remote areas where it is sometimes the only energy available. 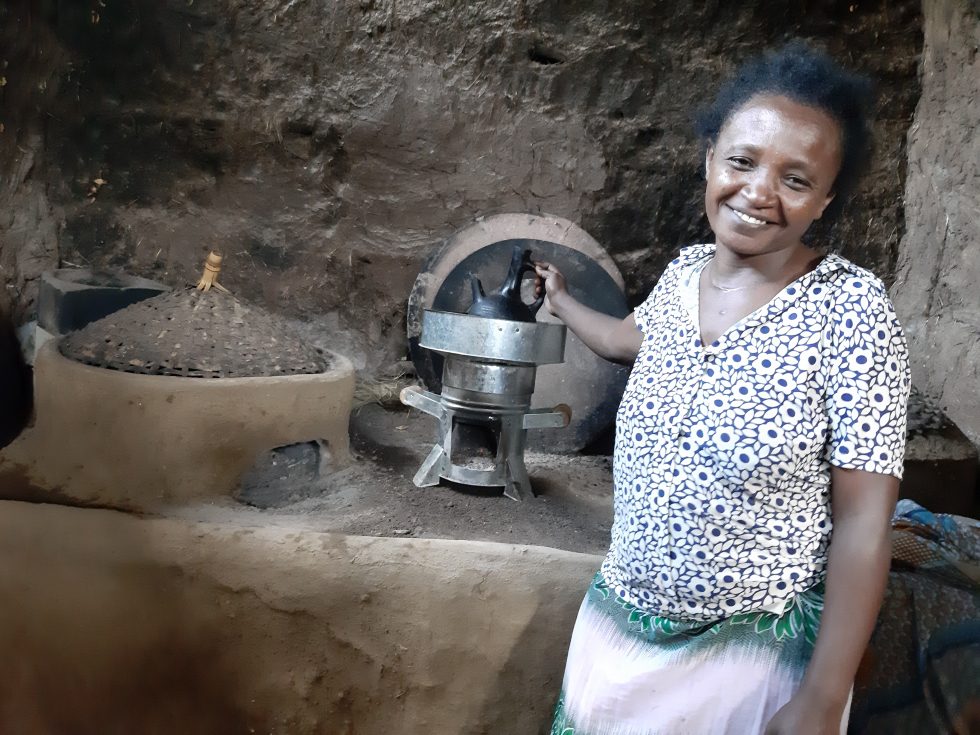 Cutting trees from forest, farm and savannah land is the only possible option for rural households to access fuel for energy – particularly for household cooking.

This produced many problems for Alemitu, her husband and her daughter. Living in the Channo Dorga village cluster in the Arba Minch Zuria district of the Gamo Zone, Alemitu’s previous cooking system consisted of three stones placed on the mud floor of her kitchen, with firewood inserted between the stones. Pots rested on top of the stones. This system produced an open flame, which filled the kitchen with cough-inducing smoke. Pots were not steady and sometimes tipped and spilled.

The health impacts of these traditional three-stone fires—especially among women and infant children—are well- documented. 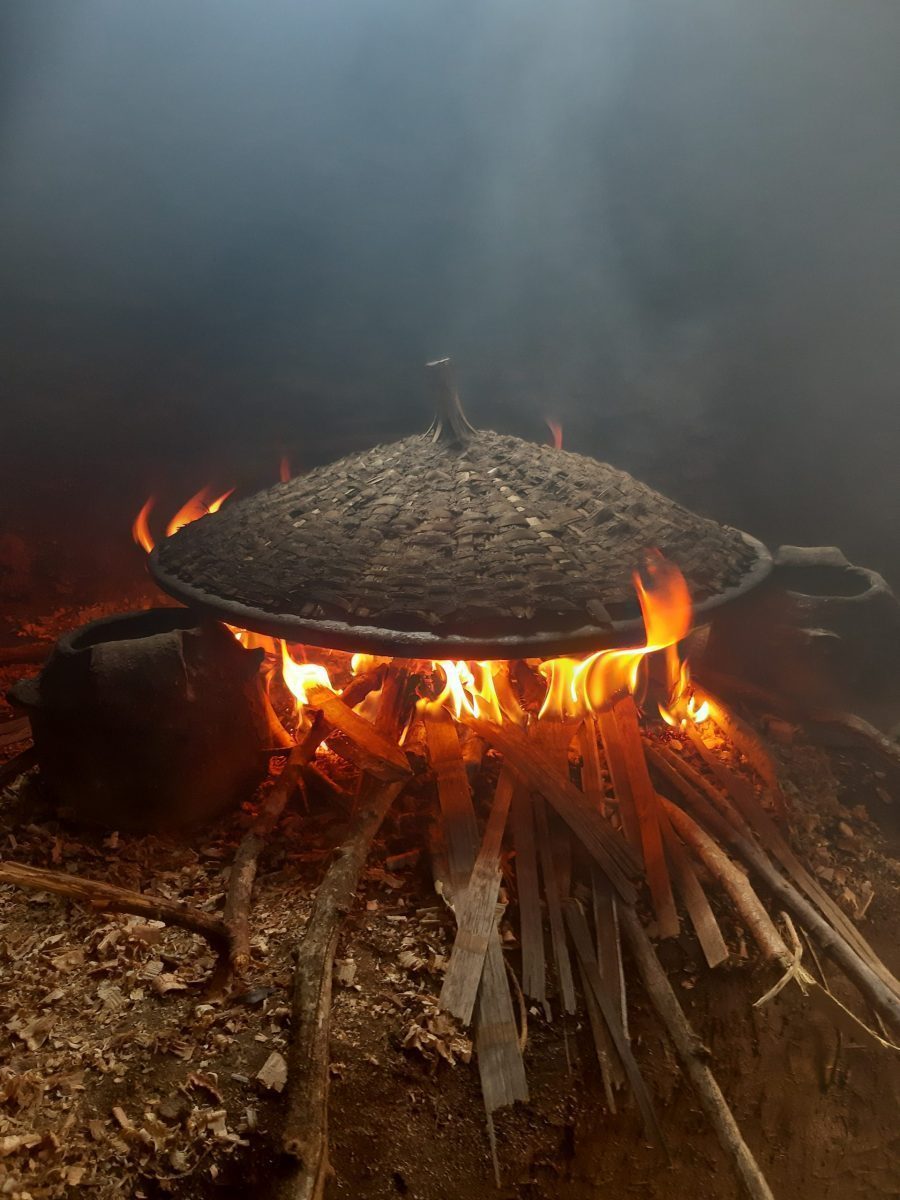 The environmental impact is also clear. Ethiopia’s rapidly growing population and its growing demand for fuelwood have been driving deforestation and forest degradation in recent decades. The loss of Ethiopia’s forests is a major factor contributing to soil erosion, which not only decreases agricultural productivity for Ethiopia’s farmers (more than 80 percent of the population), but results in siltation and sedimentation of rivers and a loss in hydropower capacity, further impacting the country’s economy.

In order to combat this problem, Vita, introduced green impact initiatives such as improved cooking stoves to Alemitu’s village.

‘Mirt’ and ‘Tikili’ are the common types of stoves distributed in Ethiopia through this project, both of which reduce CO2 emissions by approximately 50% compared to traditional three stone stoves. Most importantly, these stoves are specifically designed to deliver on the cooking needs and cultural traditions of Alemitu’s village – with one model for cooking and one for boiling the water used for Ethiopia’s infamous coffee. 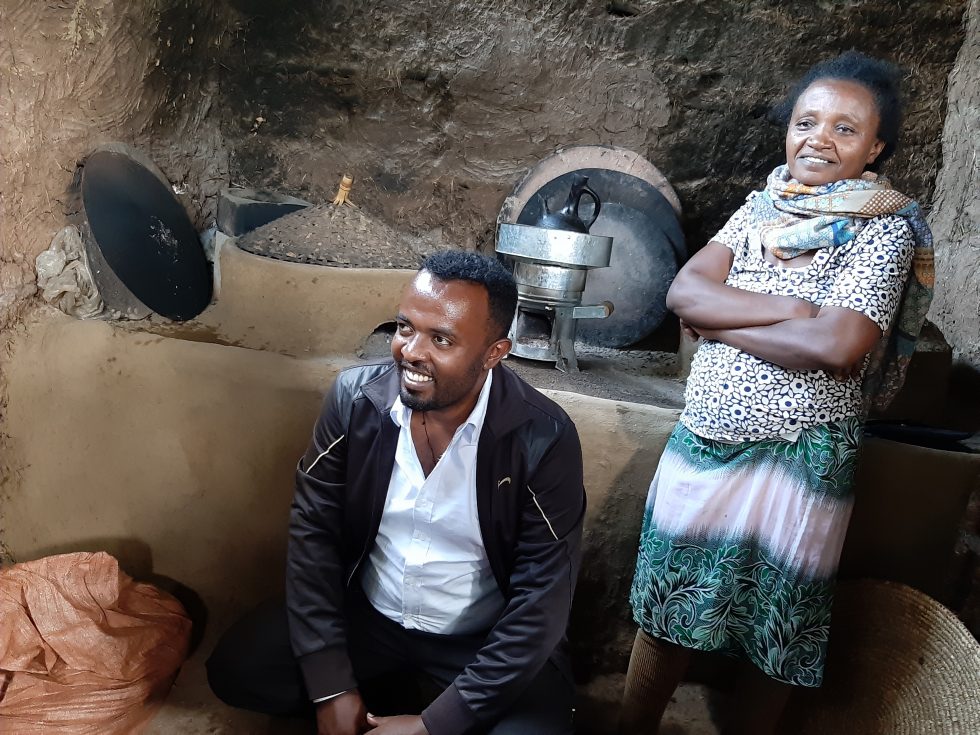 Before joining Vita’s improved cookstove project, Alemitu was using the traditional three stone stoves cooking for meal preparation and heat. Alemitu said that “I consumed more than six bundles of fuel wood per week which was worth 300 ETB.” This is the equivalent of €9.40 – a significant amount of money in Channo Dorga.

She usually collected this firewood from a local forest, thus contributing to deforestation. This daily task would see Alemitu spending more than half a day, undertaking a four hour journey, to collect her firewood.

“As you can see, I am now using the improved cook stove. It reduces fuel consumption by more than half and now eye sickness, skin burn and smoke-related health problems are a thing of the past to me. Thanks to Vita.”

If you’d like to support more women like Alemitu, just €35 will provide a fuel-efficient cook stove, skills and training in making and maintaining them. Support this project here