Originally called Refugee Trust International (RTI), we focused on providing support to refugees in areas of conflict. As the immediate needs of refugees evolved into long-term development issues, RTI’s focus turned to reducing extreme poverty and vulnerability, and increasing the sustainability of people’s livelihoods.

Reflecting this change, RTI changed its name to Vita in 2005, and the geographic focus moved to Ethiopia and Eritrea, in the Horn of Africa, where Vita established local offices in 2005 and 2010 respectively. Vita now has several partners in the region, including Irish Aid and the European Union.

In his autobiography, Father Kevin Doheny wrote “our task and our privilege is to build bridges to enable people to cross the gulfs that divide them”.

Vita is privileged to serve communities and build bridges for support from Irish and global partners.

Vita’s success is thanks to a combination of resolute values, innovative technology and strong partnership models.

Since 1989, Vita has developed core expertise in facilitating communities to develop sustainable futures by growing food to feed their families, accessing water and household energy and developing skills to forge sustainable and healthy livelihoods. 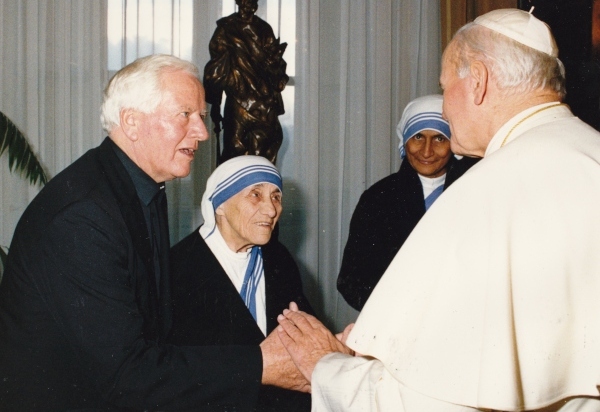 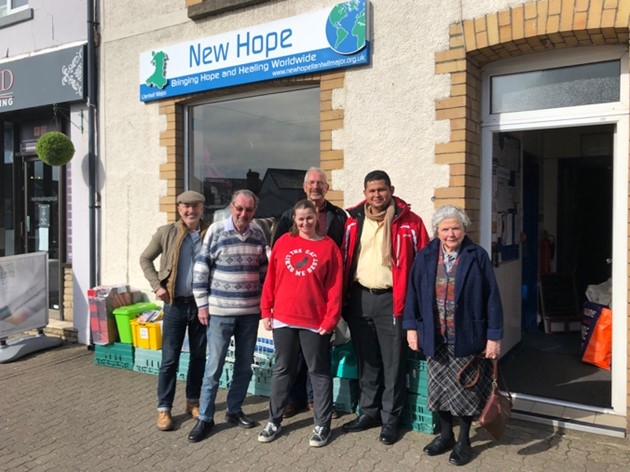 In the small coastal town of Llantwit Major, South Wales, there’s a charity shop, in a mixed cluster of retail outlets – nail bars, tattoo parlours, estate agents and chiropodists. Nothing unfamiliar you might think. But behind the dusty window, the racks of second-hand books and discarded clothes and bric-a-brac beats a rather unusual heart.

At the age of 70, retired building contractor Gordon Taylor and his wife Heather set out a mission “to end suffering worldwide”.

They had a connection with Mercy ships and a friend who had committed herself to serving on-board once she retired from a career in nursing – sadly the friend past-away before fulfilling her dream. Leaving no relatives her estate passed to Gordon and Heather and allowed for the establishment of the shop.

That was nearly 20 years ago!

Since then, the little beating heart at the centre of the Llantwit has punched well above its weight. The main focus of activities has been in central America. Gordon has travelled regularly to Nicaragua, delivering programmes on the Caribbean coast in Bluefields and further North around the towns of Leon and Matagalpa. Working with the local communities Gordon has used his background in construction to help build rain-water catchment facilities for communities living on the volcano Vulcan Telica. (Riding on horse-back for two hours to get there). He’s opened and run a coffee-farm for victims of gender-based violence and was instrumental in the founding of the main delivery partner in country Nuevas Esperanzas (which means ‘new hope’ in Spanish). 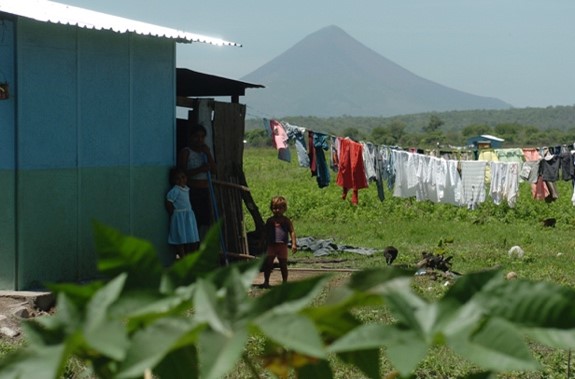 In Asia, Gordon was among the first to respond in Wales in the aftermath of the ‘Boxing Day Tsunami’ of 2004. He mobilised his team of supporters and put together a rescue package for the fishing community along the Tamil coast of Sri Lanka, which was largely ignored in the early days of response. A fleet of replacement fishing boats was commissioned with the funds raised and the community was soon back at sea after the destruction caused by the giant waves.

And in Africa, Gordon and the shop have picked up the plight of young girls growing up under the threat of Female Genital Mutilation in Maasai Communities in Kenya. The resultant response has meant that a group of girls is now pursuing a future in education as an alternative to being cut and married young.

Gordon and Heather are now nearer 90 than 70. But, a new team is helping to protect their legacy. There are new mechanisms for fund-raising and new delivery cultures to be embraced.

In central America Nuevas Esperanzas is helping shape that future and in Africa a generation of Maasai girls is gearing up to lend its voice to the debates.

VITA and NEW Hope are  both committed to international development in Africa and South and Central America. The organisations share common vision, purposes, values and ethics as described in their respective Memorandum and Articles of Association and Development Strategy.

Working jointly the organisations re-formed as a joint organisation in 2021. In the last eighteen months, by working closely together the willingness to explore joint operations and the benefits of joint working, between the two organisations has developed.

Both parties recognise the strong alignment of their respective values and in the subject matter of the work they do in developing countries, particularly around climate action and community-led development and with a focus on East Africa, South and Central America and recognise the synergies of sharing knowledge and building organizational collaboration.