“She Works Harder Than a Man!” – meet Lula

“She Works Harder Than a Man!” – meet Lula

This is Lula, a remarkable dairy farmer from Adigheda, a small village about two hours west of Eritrea’s capital, Asmara. She is pictured with her daughter, Fana, who has just started college and her son, Thomas, who is still in high school. Five years ago Lula was desperate; newly-divorced with no source of income, not enough food, and a seemingly hopeless future.

But now Lula is so highly regarded in her village for her skills and work ethic that the village administrator has bestowed on her his highest compliment – he says she “works harder than a man!”

Lula with her daughter Fana and son Tomas

This is high praise indeed and Lula demonstrates this every day as she tends her cattle, grows a variety of food and fodder, and rears two teenagers on her own.

“I joined the Vita dairy programme in 2015, and I was given a cow that was already in calf. Since then I have had six more calves and only two were male, which was lucky,” says Lula. 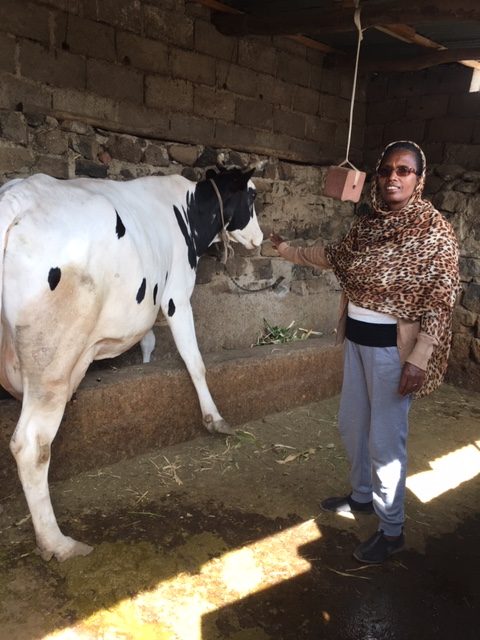 Lula in her cow shed

The dairy programme led Lula to other Vita programmes and she has since built her own diffused light storage for improved potatoes as well as experimenting with new forage crops such as Miscanthus.

Being a dairy farmer in Eritrea has its challenges, as half the population are Orthodox Christian who observe many fast days throughout the year which involves abstinence from dairy products as well as meat and poultry. In a country where any form of refrigeration is a rarity it falls upon innovative women like Lula to find solutions to access milk during the long fasting seasons. 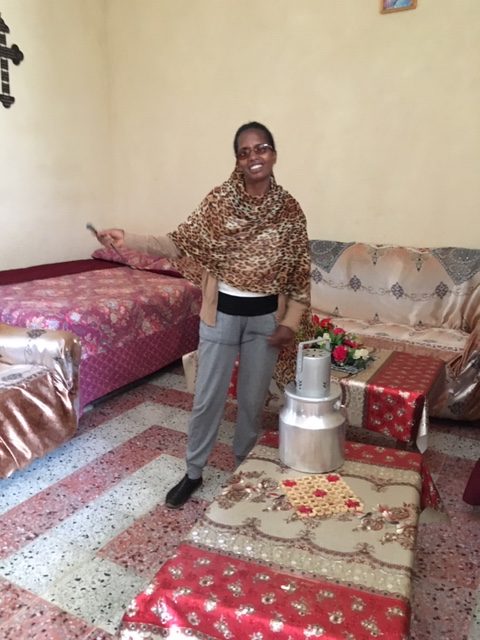 Lula with her churn

“My sister sent me this from Dubai,” says Lula, proudly showing off a small electric churn in her immaculate little house. “When there is no market for milk I can make butter, and this stores very well.”

Lula is proof that women are the change-makers behind every community. Her entrepreneurship and enthusiasm are all the proof needed that, with the right support, the sky really is the limit. To support more women like Lula, click here.