Nothing invigorates a community like a successful enterprise, and the women of the small village of Doko Yoyeri, high in the African Ridge Mountains of Southern Ethiopia, are beginning to realise this for themselves. They have worked closely with Vita, the Sisters of Mercy and the Irish Embassy in Ethiopia to set up a Women’s Saving and Credit Co-operative that teaches them how best to engage in business and improve their standards of living.

The idea that projects like these are community – led is a huge part of Vita’s DNA, and six local villages competed for this innovative new co-op, designed with the most marginalised local families in mind. This community – led approach gives the village council a sense of ownership of the co-operative, and a vested interest in its success. The council themselves have selected the first 20 members of the co-operative from amongst the poorest families in the surrounding area. 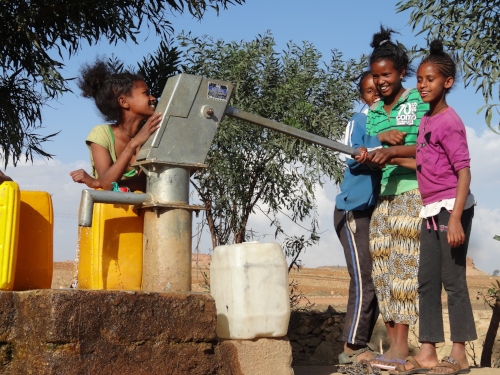 The first task of the co-operative is to decide what enterprises are worth supporting and to prepare business plans for each of the three ideas selected. The women of Doko Yoyeri decided that the most viable enterprises for them would be cereal trading, butter making and collecting animal fat for cooking.

Damanich Degaga is the secretary of the group, having been elected to the role by the general assembly. She is a powerful speaker and can both read and write, making her invaluable to the co-op. Damanich and her fellow members were supported by Vita in a number of ways, including mobilising the community to form and certify the co-op and providing training for the members on business planning, record – keeping and financial document. Vita also hosted capacity building workshops and helped to research the business ideas. Vita and the Irish Embassy provided seed capital of about €250 to each of the three enterprise groups, with agreed repayments reinvested in the co-op. 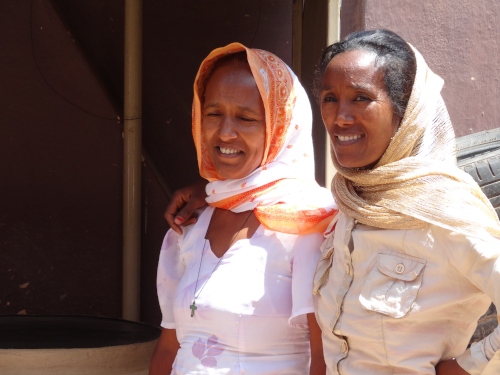 Damanich is involved with cereal trading, and three times a week she brings her donkey higher up into the mountains to buy cereal, which she then sells in her local market in Chencha for a profit. Participation in the project has brought about many changes to Damanich’s circumstances.  “My husband is gone, and I am rearing my children alone,” she says as she stands outside the tiny co-operative offices. “I was not earning enough to keep my family, so my oldest son had to go to Addis Ababa to work in construction. I did not want this life for him, because it is not a good life. When I joined the co-op, I started earning more money straight away.” Suddenly Damanich’s face lights up and she explains. “In just four months, my life has changed so much. I have been able to bring my son back from Addis and he has returned to school. Now all my children have a chance of a better future. “

She has plans for her own future too. Ultimately, she would like to buy a car so that she could purchase more cereals and go to more markets, but for the immediate future, Damanich intends to buy a more efficient stove. This stove uses much less fuel than the traditional one, saving Damanich numerous hours of drudgery collecting sticks. The stove is made and marketed through two other local Vita – supported co-ops, ensuring all profits stay local. Damanich and her fellow members are already participating in a Vita community –led total sanitation scheme, ensuring that all households in the area have a latrine.

Damanich is joined in the co-op by the Chairperson, Sefate Oda, who has three children and a disabled husband to care for. She also intends to purchase a stove, now that her butter-making enterprise is earning her a profit. “The co-op is very well structured,” Sefate explains. “Vita advances each member seed money to help her set up.”

This seed money works out at about 5,450 Ethiopian birr (€235), half of which is paid back to the co-op after six months.  The rest is paid back after a year. On top of this, every month the women save 100br (€4.25) for themselves and pay 20br (€0.85) into the co-op bank account. This accumulates and is ultimately reinvested in ten new members, and so the cycle continues.

“The women here work very hard,” says Sefate, “but now the work is properly rewarded. We have more hope now than we did before, and we are proud that we are feeding our own families and don’t need help.”