Meselech Meriya’s Story: How one Small Change has made a Monumental Difference

Before joining Vita’s fuel-efficient cookstove programme, Meselech Mergiya used three stones surrounding an open fire on the ground to boil, cook, and prepare her family’s meals. This method was incredibly dangerous, as the open flame often caused burns, as well as eye and respiratory illnesses due to the noxious smoke the fire produced. 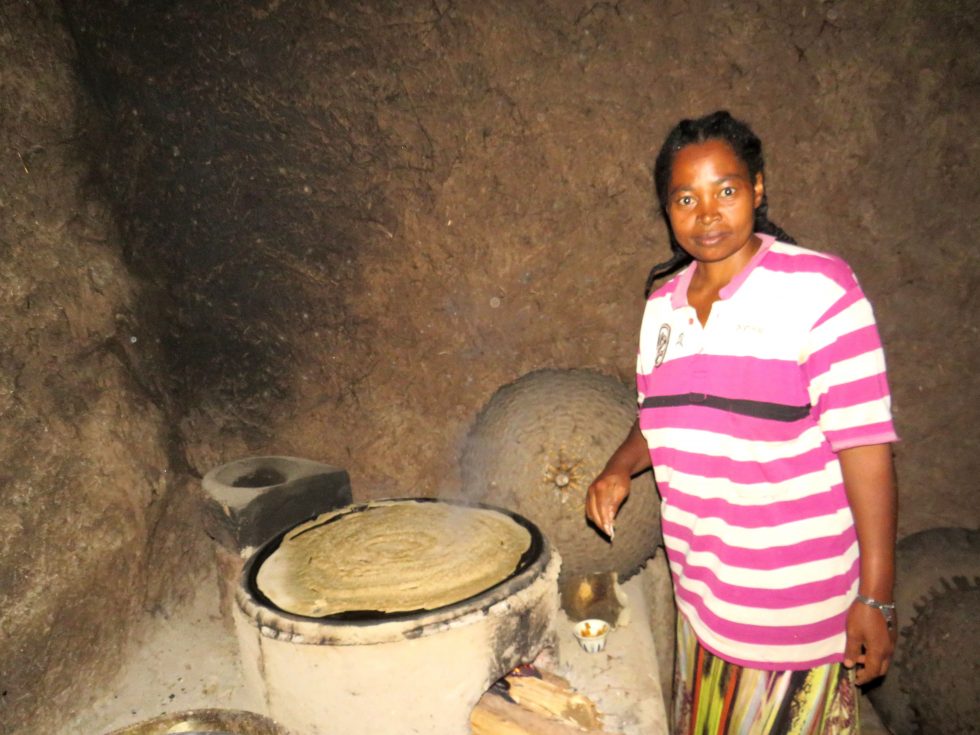 A mother of six, 33-year-old Meselech knew that this traditional but inefficient means of cooking was negatively impacting on her family’s health as well as costing her precious time and money that could otherwise be spent looking after her children or earning additional and urgent family income. Thus, in 2019, Meselech was one of the women who joined Vita’s fuel-efficient programme in Molle, a village in the Mirab Abaya district of SNNPR, Ethiopia. This is a programme supported by Irish Aid.

Under this initiative that seeks to empower women, improve community health and happiness, and mitigate further climate breakdown, Vita provides training and equipment to female community members that enables them to build, use and maintain fuel-efficient cookstoves. To answer the daily needs and cultural traditions of families in Mirab Abaya, Vita provided two cookstove models – the “Mirte” stove which is used for cooking food such as the national delicacy that is injera and the “Tikikil” stove which is designed for boiling water, coffee, and wot – a traditional Ethiopian stew. Between these two small stoves, both of which are highly efficient and safe, Meselech’s life was suddenly transformed.

These stoves use approximately 60% less firewood, reducing deforestation as well as time spent cooking or collecting wood. Using the traditional stove, Meselech had to collect eight bundles of firewood for fuel each week. This has been more than halved by Vita’s intervention. Now, she consumes only two bundles. “It saves my children’s time to go to school,” she says. “Before, they have to go the nearby jungle and collect firewood to support me. My burden is lessened too.”

According to Meselech, these stoves are improving not just her health as she is spared inhaling toxic fumes or burns from open flames but even her cooking! “Injera tastes better!” she tells us.

To find out more about this programme that is helping to build thriving, rural communities and to support our mission to reduce global carbon emissions, please click here.