“I want to stay here, with my cattle and my family,” so says Akula, the tribal leader of this Dassanech village on the banks of South Omo, in the southernmost tip of Ethiopia. 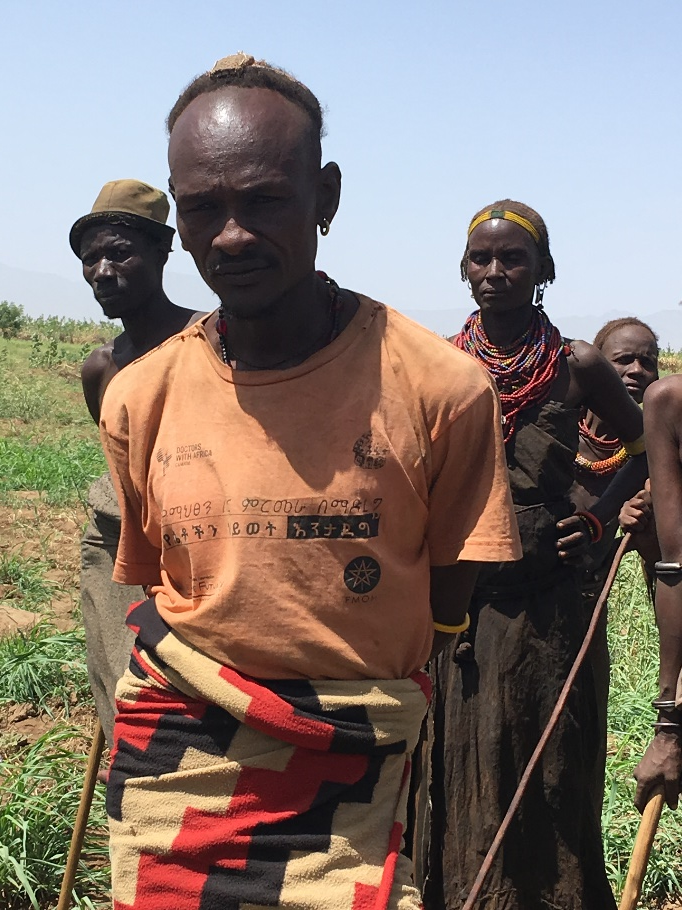 Akalu knows he is one of the lucky ones. The Dassenach people are traditionally pastoralists, rearing and following their cattle across this challenging, desert-like sliver of land in the delta area of the Omo River where it meets Lake Turkana, on the border with Kenya. They bring their homes with them, small egg-shaped huts that dismantle easily and can fit in a large box tied to the back of a donkey during migrations.  There are 16 indigenous tribes in the Omo Valley region, some more open to outside engagements than others, but each with their own rich, vibrant and often curious traditions.

Akalu lives with his wife and children in Tumiyerim village, which sits on the banks of the Omo River. As a result the farmers here have access to water, even if it is brown from the soil washing down from upriver. His clan occupy a privileged riverside plot, and in years past would have migrated with their cattle in order to find fresh forage. However, there is less and less forage available for their cattle across the whole region and impacting on all of the pastoralist tribes. Significantly, the traditional seasonal flooding of the Omo Delta region, which brought much-needed nutrients and moisture to the soil, has all but ceased in the last few years. There are a number of reasons for this but the main two are the damming upriver of the Omo, and severe drought brought on by climate change. 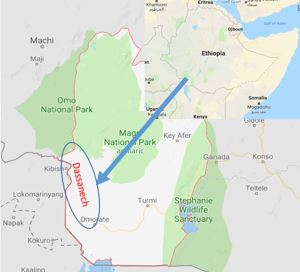 Vita has a lot of experience in helping indigenous people not only adapt to the impacts of climate change, which disproportionally affect sub-Saharan Africa, but also to mitigate against future impacts. Many of Vita’s programmes are built around protecting and fostering limited natural resources like local forestry by introducing improved cook stoves that use 60% less wood than the traditional three-stones-on-the–ground way of cooking.

This reduces the stress on the limited local forestry, while actively replenishing what has been lost through complimentary tree- planting programmes. 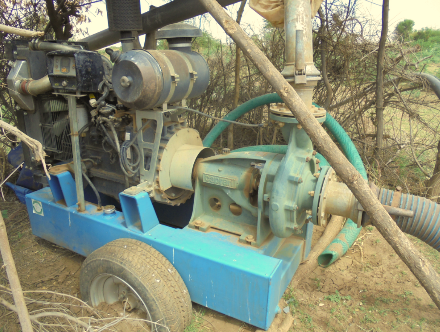 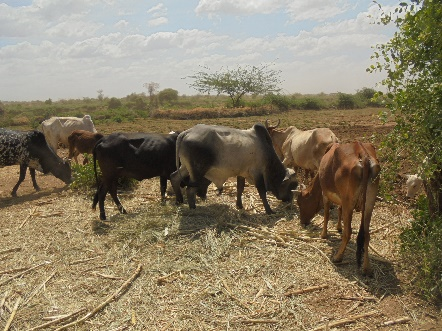 Vita’s access to clean water programme, which involves fixing broken community points (47% of Africa’s community water points are broken) also saves a lot of wood from being burnt, as clean water does not need to be boiled. Less wood burnt means less carbon emissions into the atmosphere, contributing to a cleaner, safer earth. 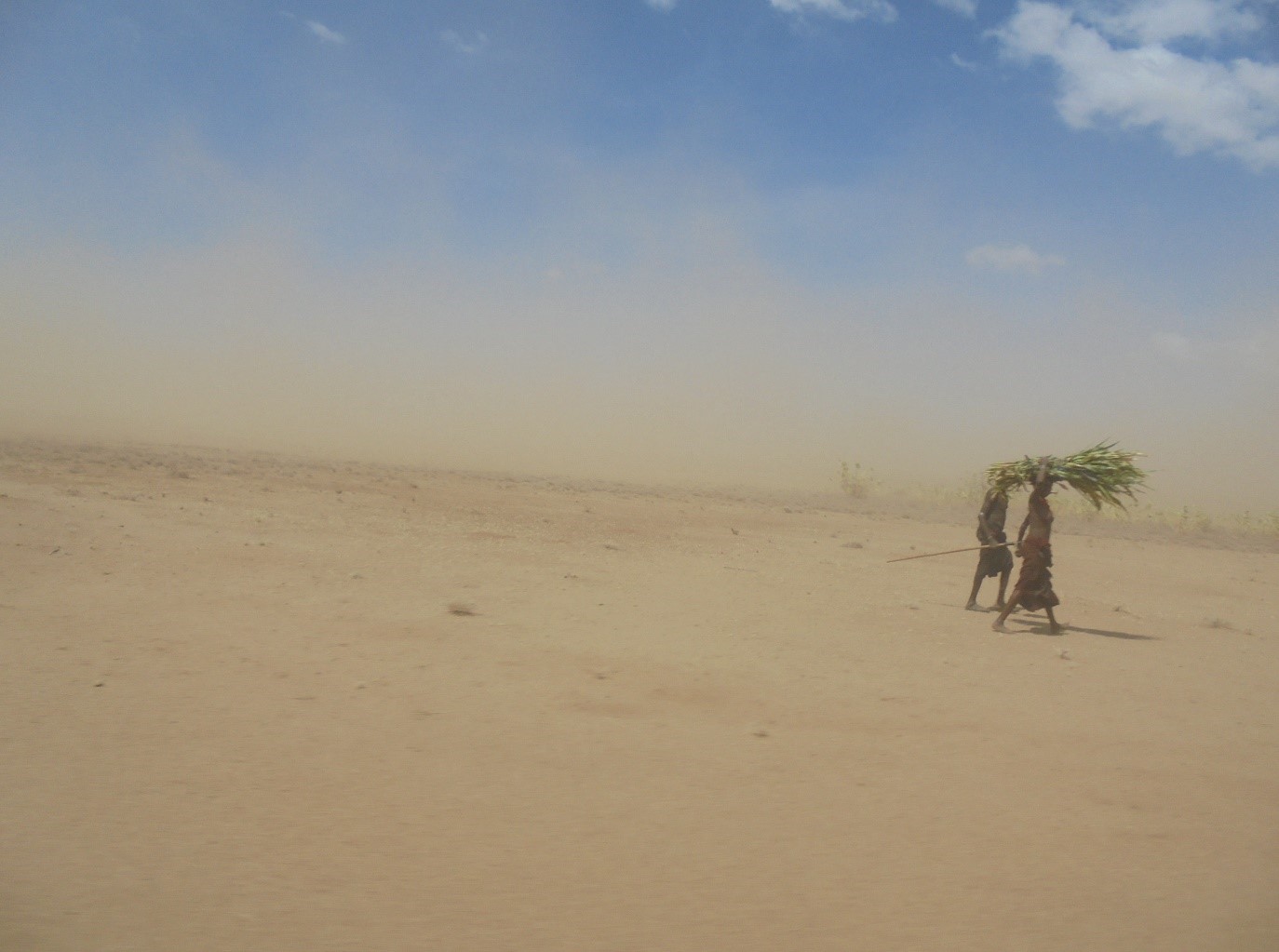 “We saw our brothers in villages further from the river suffer badly over the last few seasons, because the rains were so late. Their cattle suffered from lack of water and food, and many of them died. When this happens to a Dassanech man it is very bad. How can he afford his bride-price if he has no cattle?” says Akula, explaining that cattle are the single most important indicator of wealth and status in his tribe. “A man must kill many cattle when his daughters become women, and until then they cannot marry – who would want a woman like that who has not had this celebration and been blessed by the elders of her clan?”

This was Akula’s fear, and alongside his fellow tribesmen he worked with Vita to look at solutions to managing cattle in drought situations. Between them they devised a three strand programme for the village. First of all, they would help the Dassanech women build up their goat numbers so that they had access to more milk when the cows were dry. Secondly, Vita introduced camels into the village. The camels are much better equipped for these harsh, dry conditions, and their milk is very nutritious. It also meant that the village was not over-reliant on their cattle and goats for milk and meat. Also, camels don’t compete for the same food as goats and cattle, who both like grass. Camels are browsers, which means they like leaves from trees. Thirdly, in partnership with Onaway, the committee decided to try to irrigate the fields slightly further from the banks of the Omo so they could grow more forage for their cattle.

Vita asked the team at Onaway to partner with them in providing what was needed to ensure that the irrigation project was successful. Vita bought the seven diesel pumps needed for the pilot programmes, as well as the pipes for carrying the water into the fields. Onaway took care of the cost of the seed for the forage, storage of diesel, all transport and training, and a year later the project is up and running. 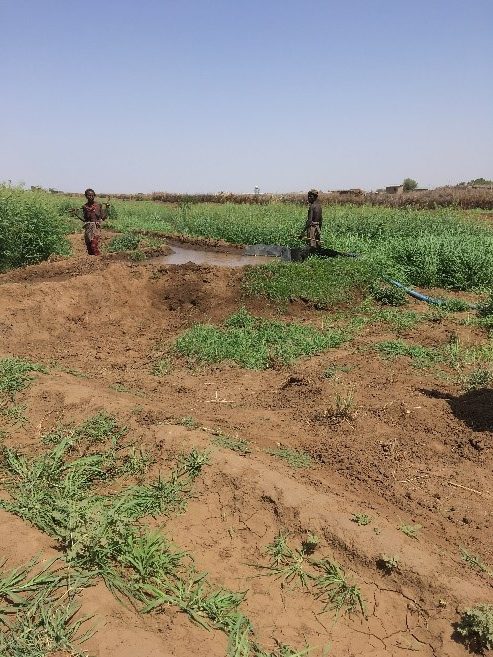 The farmers formed working groups, putting them in a better position to buy seeds and fertiliser in the future. Vita organised demonstrations on how best to manage the irrigation process. Some of the villagers were trained in the ongoing maintenance of the pumps, and an emphasis was put on the safe storage and disposal of the diesel.

I am very happy with the irrigation project,” says Akalu. “It means my cattle have access to the fresh forage we grow in the irrigated fields. They are healthy and are fed every day. This means I can stay here in my village when it is the dry season. I still drive may cattle to new pastures in the rainy season, but I know when I come back there will be enough forage for them.” 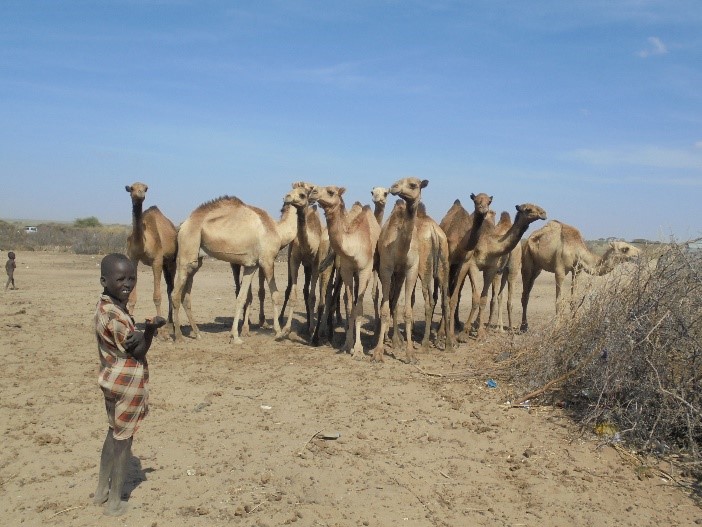 “We all have to make small changes – it’s hard to live in the old way,” says Akula’s friend Lemme. “I did not want the camels because I was afraid of what my father’s fathers would think. Now I realise that by having irrigation and camels, we can keep our cattle healthy because we need them less for milk and meat. We have other sources of food. This is important to me because I want to have seen a girl I like in another village and I want to have a good bride –price.”

The farmers in Tumiyerim and Vita have learned a lot along the way, and would approach a project like this slightly differently in future. Seid Ahmed, project co-ordinator for Vita has thoughts on this. “The project has worked well in so many ways. There is more and more competition for the grass in the delta area, and the area is denuded of trees and shrubs due to the pressure of overgrazing by cattle. By introducing irrigation to grow forage consistently, the surrounding environment gets the opportunity to recover, and this is important for bio diversity in the area too. The people here have a better chance of surviving a drought if they know there is a consistent supply of forage for their cattle,” said Seid. “I would like to find an alternative to diesel for the pumps. It’s expensive, dirty and difficult to get down here. We are looking at alternatives. The other change I would consider is bigger pumps that can distribute water further into the desert. At the moment our pumps can send water up to 30 meters, but we would like to reach 70 meters or more. It will be difficult to find a clean solution – solar isn’t feasible yet but we think a plant oil-based fuel might work – we need to find out more and maybe experiment!”