“I got to watch my grandchildren drink our nutritious goat milk!” Dobo Moti Dayina

“I got to watch my grandchildren drink our nutritious goat milk!” Dobo Moti Dayina

Empowering Women: How Vita’s Goat-Rearing Programme is Giving Dobo Moti Dayina and Women like her, Income, Independence, and a Brighter Future

“I don’t want to depend on my children anymore!” – Dobo Moti Dayina, Hamer Woreda, Ethiopia

Livestock are valuable assets for the rural poor and are critical in supporting their livelihoods as a source of income and food security. This is particularly true in Ethiopia’s South Omo Zone, where the Hamer people, a semi-nomadic pastoralist community, rely on livestock for basic survival. Climate change and increased conflict over subsequent dwindling herds, threatens this.

Dobo Moti Dayina is 48 years-old and lives in the Besheda kebele of Turele village. A mother of seven, Mrs Dobo has watched all her children successfully marry and begin families of their own. Until her husband’s death, she was the second of his four wives. 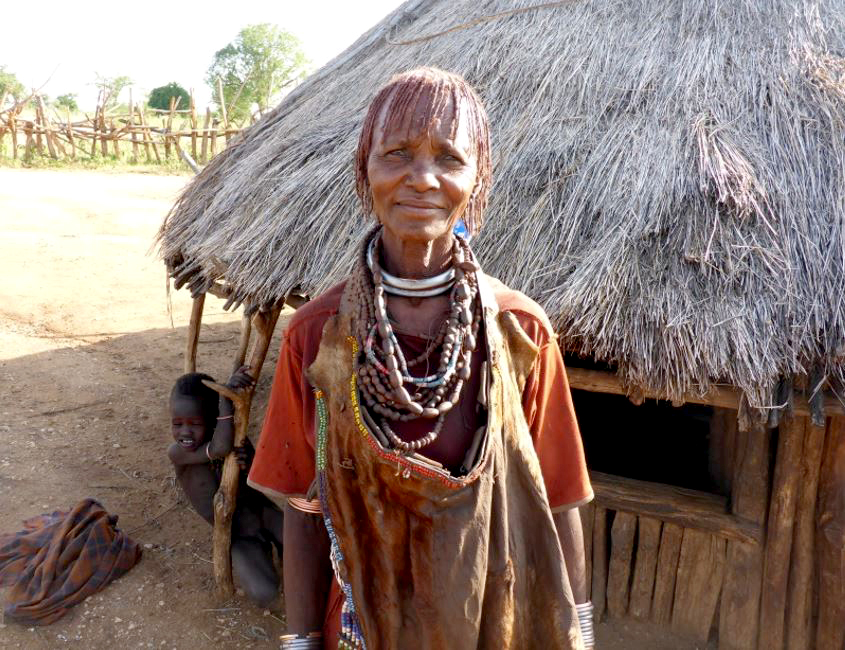 When talking about her previous life, Mrs Dobo says, “we established our family, built our livestock asset, and after those long years living together with my husband, he passed away. Following his death, the eldest son was responsible for the overall management of our family’s resources, especially livestock, and I became poor (being a pastoralist without any livestock assets to her name). This was due to our culture, which prevents women from directly owning any livestock. Life was very difficult for me.”

Then, Mrs Dobo’s prospects and prosperity were changed by the opportunity to receive support from Vita.

“Two years ago, a group of NGOs came to our kebele and introduced their activities and their wish to work with our community on different livelihood activities. One of the activities was providing eight she-goats each to the poorest pastoralists in our village, focusing especially on women. I wished to be one of those women pastoralists who would receive breeding goats and, as I fit the criteria agreed by our local committee, I was selected to take part in this programme. This meant I would receive breeding goats to build my livestock assets building and lift me out of the poor state I had found myself in. 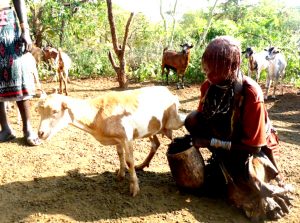 In September 2017, I received eight she-goats. I was so proud to become the official owner of these goats; I felt very happy to have the responsibility to manage my own livestock and dreamed of a future in which I might even own cattle!

Four months later, three of my goats bore offspring and I got to watch my grandchildren drink their nutritious goat milk. Three months after that, one of the goats also gave birth, and now we are able to drink her milk. Today, I have 10 goats of which six are she-goats and four are male.

I am filled with hope and plans for the future. My plan is to trade my goats for cows and oxen so that I can diversify my livestock. I also dream to have my own oxen to plough my farmland. I do not want to be dependent on my children anymore,” concludes Mrs Dobo.

Mrs Dobo feels grateful to this project – implemented by Vita under EU partnership – that has given her and many other women like her, a means of supporting themselves and saving them from a system of patriarchal poverty.

Empowering women made vulnerable through the loss of their spouses is vital in ensuring the poorest of the poor receive the support and resources they need to survive. If you would like to champion women like Dobo Moti Dayina, you can support our work here.