A preeminent model for scaling up development in Africa: the Community-Led Total methodology

A preeminent model for scaling up development in Africa: the Community-Led Total methodology 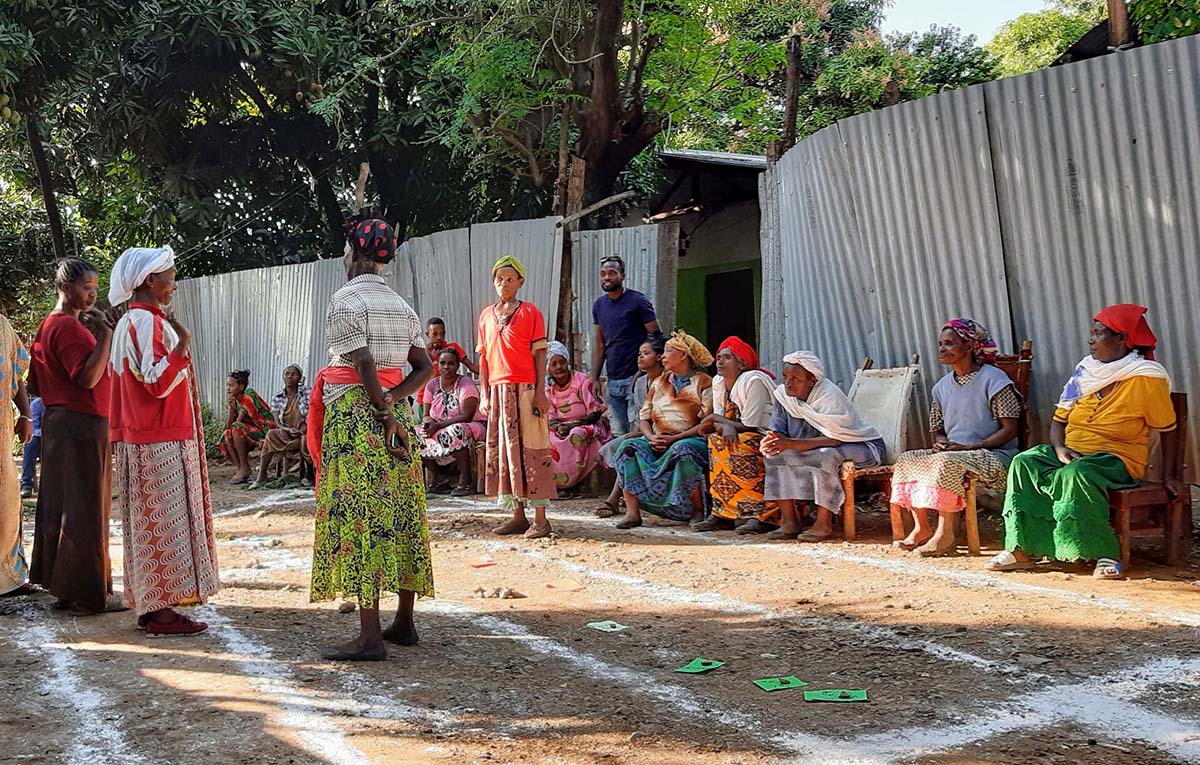 A community–led, ground-up model of development has long been recognised as the most efficient and cost effective way of scaling up impactful programmes in developing countries. Recognising this, Vita first partnered with the Community – led Total Sanitation (CLTS) Foundation in 2004 to introduce this highly innovative methodology in Ethiopia and so impressive were the results that this methodology has now been adopted by Ethiopia as part of its national policy to introduce latrines countrywide. At least 5,000 kebeles (village clusters) have been declared Open Defecation Free in Ethiopia since 2004. 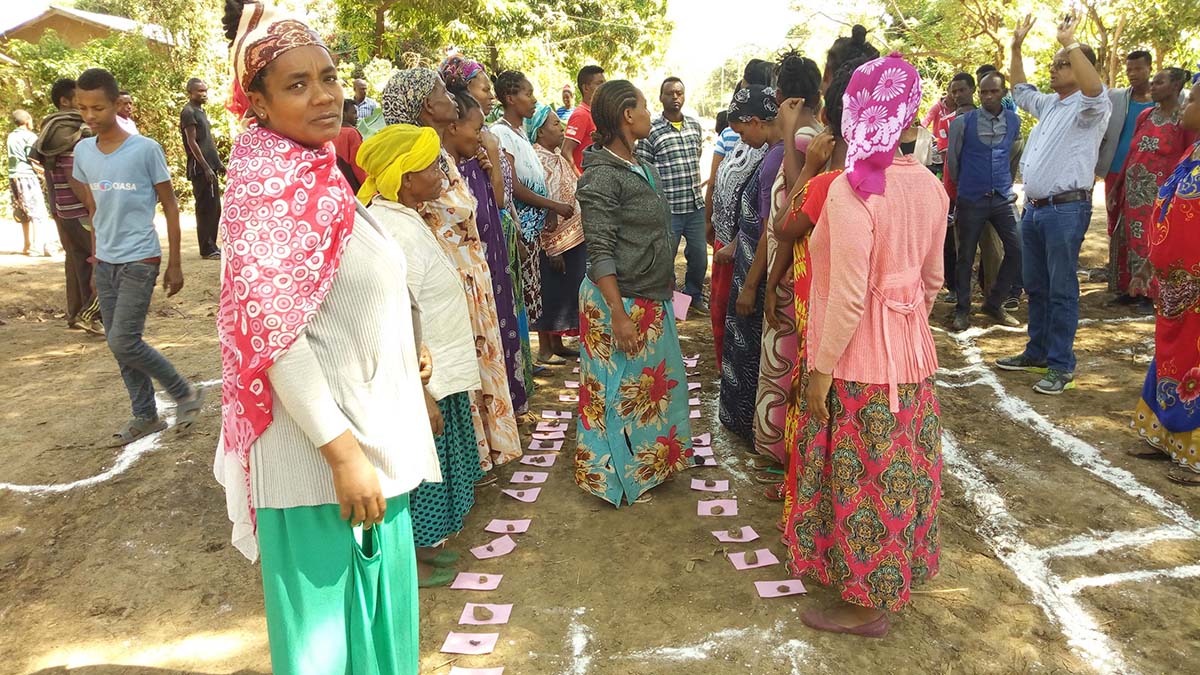 Community members reaching the “ignition moment” and committing to end the use of three-stone open fire stoves in an effort to preserve the local forest for future generations in Mole kebele, Mirab Abaya district.

Sadly, women and girls are disproportionately affected by this inequality and existing methodologies used in the improved cooking sector have had disappointing results with limited uptake of improved stoves. All of our 32 years’ experience in development and our understanding of the community-led approach has convinced us that the CLTS methodology will adapt easily to fuel efficient cookstoves and so Vita has decided to partner once again with the CLTS Foundation, to explore this further. 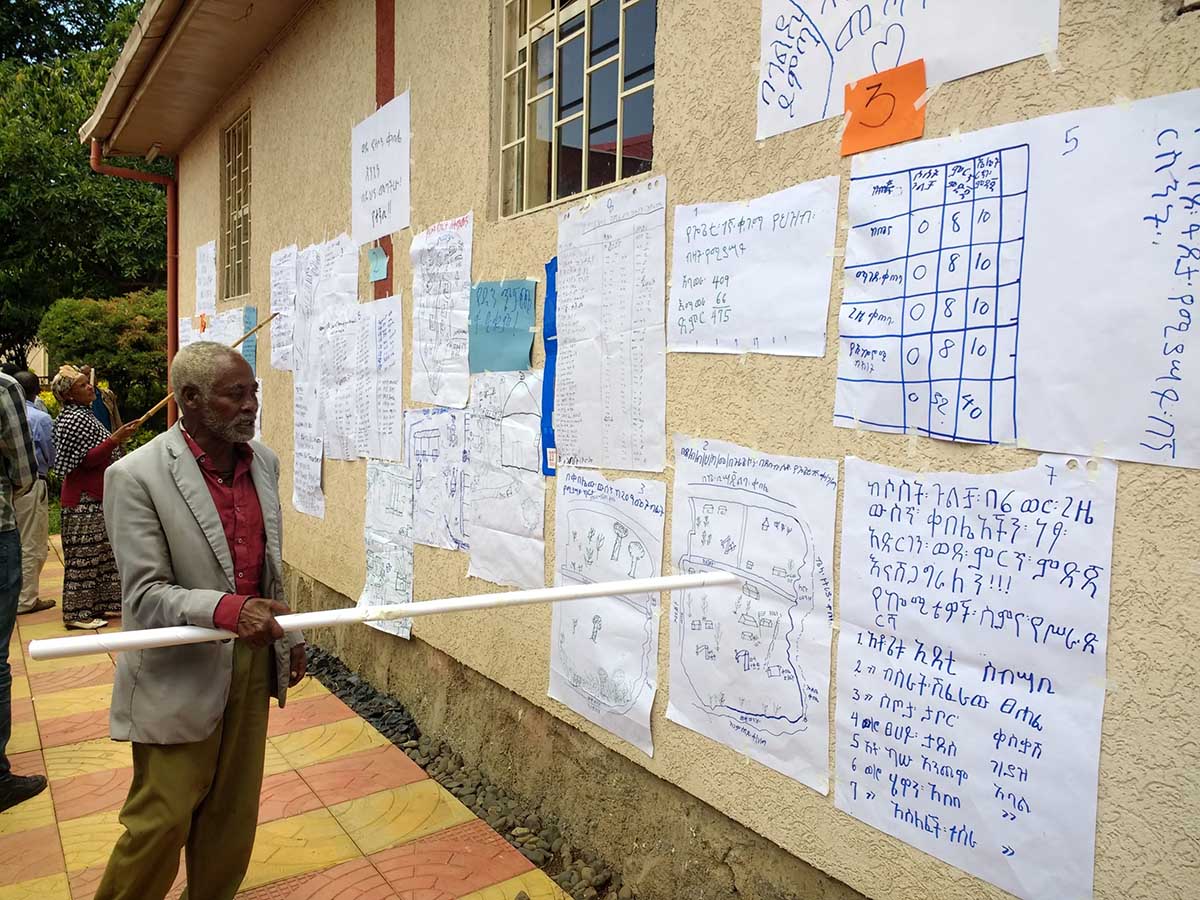 A member of a village committee presents his community’s plans to become completely Sost Gulicha Free.

The pilot phase for the community – led total cookstoves (CLT- Stoves) programme began in Ethiopia’s Gamo Zone at the end of 2018. This approach put the community at the centre of the project and prompted people to come up with their own solutions to address the biggest issues affecting their lives. The communities that participated in this pilot saw the rapid loss of trees as a major threat to their livelihoods. To combat this, community members came together and decided to introduce 100% of households to a more efficient way of cooking that avoided the traditional three-stone, open-fire stove that was causing such rapid tree loss. There was a dramatic increase in the use of fuel-efficient cook stoves with several villages achieving their goal of 100% of households owning the improved stoves and completely moving away from the three-stone, traditional open-fire method of cooking, known as Sost Gulicha in Amharic.

Other key results from the CLT-Stoves pilot to date are:

Over the coming years, Vita and the Gamo Zone Administration will scale up the CLT-Stoves as part of the Gamo Zone Stove Programme, which aims to create access to improved cook stoves for 200,000 households and bring about many ‘Sost Gulicha- Free’ communities. In-depth learning about the drivers of cook stove adoption will be a fundamental part of this CLT-Stoves initiative. A variety of research methods, including community-led action research, will generate robust evidence that can encourage peer organizations and government agencies to adopt the Community-Led Total Stoves model. A Community-Led Learning Centre in Arba Minch in Southern Ethiopia will drive this in-depth learning and the CLTS Foundation, will have a key role in this.

This dynamic and effective methodology has virtually unlimited potential across a range of development themes, including climate –smart agriculture and clean water, and it is Vita’s intention to fully exploit the model over the next few years.